Intuition Can Save Your Relationship, And More… 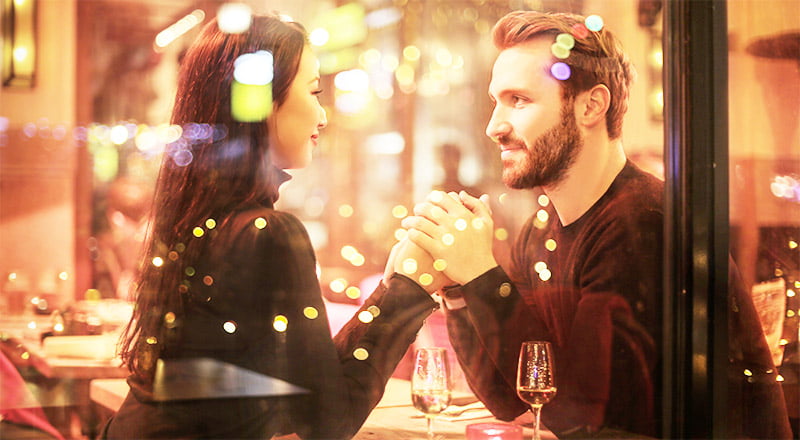 Yes, intuition can save your relationship.

Maybe you’ve done it. You called a psychic or intuitive to get some help with an issue in your life. Or, maybe you just thought about doing it. This is how it started for my client Andrea.

Andrea has quite a story. She agreed to allow me to share her story only if I changed her name.

Andrea was in a tough spot. The first time I got on the phone with her, I could see all the details. I could psychically sense the incredible conflict she was dealing with, even though she was clear across the country.

Just like with all my sessions, I described the details of her challenges before she mentioned a word. In a nutshell, here is what I picked up:

She had strong feelings for a man at work. She described it as "magical." It was clear he felt the exact same way. There was an undeniable and intense connection between the two of them. Andrea hadn’t experienced anything like this in over 20 years.

She couldn’t stop thinking about him. When she would see him at work, she felt a rush of joy every time. Everything just seemed to click.

To make it more exciting, he (we’ll call him Mike) showed a willingness to have a relationship with Andrea. He wasn’t just playing around. In fact, they talked about it several times.

But There Was A Problem With The New Romance…

There was an issue. A really big issue. Why? Andrea was married and with two young children – a beautiful girl and a boy. Married with children!

Several years ago, Andrea and her husband became distant. They were still living together, but they were living separate lives journeying on two separate paths. They rarely had conversations. The intimacy was non-existent.

They didn’t hate each other, but, in Andrea words, "They had grown apart."

So she meets Mike at work. He made her feel attractive and appreciated. Mike was able to fill the emptiness Andrea felt as a result of her mediocre marriage.

Andrea called me to try to get a better sense of what she should do. In her mind, she had 2 choices:

She was confused, feeling a little guilty and scared, about what path to take. She just wanted clarity and direction.

Things Are Not Always As They Appear

As I focused more into Andrea’s life intuitively, I started to see some surprising details. I was seeing there was definitely more to Andrea’s story.

Using only intuitive ability, I was able to see these critical details that Andrea could not see herself. She believed her marriage was dead and her only hope for ever experiencing love again was with Mike.

There Was A Third Option

Andrea hadn’t even considered it, but I got a strong psychic sense her marriage could be saved. Not just "endured" but actually "saved." That staying with her husband didn’t have to be empty. That the connection they once had could be brought back to life.

As I mentioned earlier, Andrea’s husband still loved her. He just needed some help re-learning how to treat the woman he loved. It was not past the point of no return. Andrea and her husband still had something which could possibly be brought back to life.

Amazingly, as I psychically tuned into all the factors in Andrea’s life, I could see the third option was to stay in the marriage, but to take major steps to do things different from this point forward. Things couldn’t stay the same, obviously. But, if Andrea was smart about it, she could help to redirect her marriage to something that worked again.

Part of this was about taking the energy that was going into Mike (the guy at work) and putting this energy back into her marriage. It was also about taking concrete steps to repair, enrich, and bring the marriage back to life.

When I brought up this option to Andrea, she was shocked. Before she had a session with me, she had no confidence in ever being able to have that spark again with her husband. But she could now see the possibility.

I didn’t tell Andrea what to do, but I did help her to see things in a new light. I helped her to realize there were details she was missing, such as her husband’s love for her. I also helped her to see that the path with Mike wouldn’t likely end well.

Most importantly, I helped her see the third option, the best option, the one she couldn’t see.

Andrea liked this new option. She wouldn’t have to break up her family AND settle for living in a mediocre marriage. Her kids wouldn’t be raised in a broken home and possibly without a father.

But Andrea had no clue about how to go about saving her marriage. How does she bring the spark back? How does she let go of her built-up resentment towards her husband?

If someone is willing to do the work, there are options to accomplish great things.

I shared some helpful resources to Andrea, making it easier for her to get started.

Instead of staying stuck forever, Andrea was able to use various "tools" and "strategies" to start making improvements in her marriage.

Andrea took the time to call me about 2 months after our session. She insisted on updating me with the great news.

Things had started to take major turn in her marriage. Andrea and her husband were talking more, there was more affection, and Andrea had greater confidence that things would get better and better.

And I kid you not, she cut Mike off (the guy at work) and was super-focused on improving her marriage and her family. It was working. She even had glimpses of those old feelings re-emerging – the deep romance and love she felt for her husband.

She learned so much about her relationship AND about herself. She couldn’t believe how close she was to throwing her marriage away.

She kept telling me how she almost destroyed everything important to her, yet a single conversation – with me – is what saved her.

What Does This Have To Do With You?

Maybe you are struggling in a relationship or some area of your life, such as your career. If so, how long has this been happening – how long have you been suffering?

And if you don’t do something about it, do you think things will ever really just get better on their own?

This is why I suggest you take advantage of what intuition has to offer you in your life.

And let me tell you, whatever major challenge you are facing, there are likely "hidden details" which are necessary for you to know so you can solve the problem once and for all.

And just like Andrea, there can be options and solutions that you just aren’t seeing. Psychic ability can be used to dig deep into your life and access this critical information.

Especially if you are on the edge of making a major life decision, it might be important to first "step back" and get all the facts before you act.

Every decision you make affects you AND other key people in your life – children, parents, co-workers best friends, etc.

Psychic ability can help to "fill in the blanks" so you can finally the best decisions. And nothing feels better than finally making the RIGHT decisions.

I know it’s a bold claim, but intuitive information isn’t about getting someone else’s opinion, like when you ask advice from a friend.

Instead, I told Andrea most of the details about her unique situation before she uttered a word to me. I was able to accomplish this through years of meditation training and the experience of working with thousands of clients.

And then I was able reveal a solution, a different path which worked for her. Can a friend do this for you?

Each relationship or career challenge is unique. There is no cookie-cutter approach that works for every scenario. This is why seeing a counselor or getting advice from a friend can be limiting.

This is also why accessing information using psychic ability is so powerful. You are able get the critical information you need to know about your specific challenge, not just general information that may or may not apply to anyone.

Instead Of Continuing To Struggle, Get The Intuitive Help You Need

I encourage you to let me help you like I helped Andrea. If what you are currently doing is working for you, great! Then keep doing it. But if you are struggling, maybe it’s time to try something else.

Using only intuitive ability, I’d be happy to share true feeling and motivations of the people in your life. Let’s have a breakthrough together! Let me identify new options and solutions which are hidden to you, but which are critical to your success.

Instead of facing the challenges in your life blindly, I’d be happy to help you "fill in the blanks" so you can make better decisions. For 25 years, this what I’ve steadily done for business owners, celebrities, homemakers, and college students – people in all walks of life.

If you need to make a major life decision, my Intuitive Counseling sessions are a life-changing approach to finally getting the answers you need.

Just like Andrea, just imagine what it will be like having the clarity, direction, and guidance you deserve!