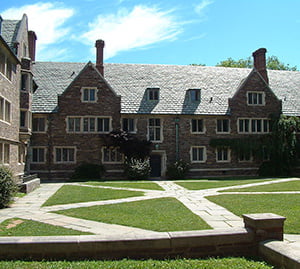 For over 20 years, Princeton University conducted millions of field studies all validating the proof of psychic abilities. The Dean of Engineering, Robert Jaun, supervised much of the ground-breaking project at Princeton.

If you don't know where to look, credible research validating psychic abilities and other advanced human abilities can be difficult to find. Despite the vast amount of scientific studies over the last 50 years on these topics, much of the scientific community still turns it nose up to the facts.

LifeLeap Institute provides you with these links allowing you to connect to the knowledge of some of the top minds in the world.

Discover for yourself what science has to say about psychic ability, spiritual healing and other advanced human abilities.

Throughout our website, you will find additional articles, many with fascinating videos of scientist from some of the most credible institutions, such as Princeton, Colombia University, and more. A good place to start is the LifeLeap Blog.

Some Of Our Favorite Research

Princeton University - Princeton, as most people will agree, is recognized as one of the most credible sources of information in the world. It has been the home base of such great minds as Einstein and David Bohm.

Princeton's Engineering Anomalous Research Project helps us all to understand what human abilities are actually attainable. Check out their unimpeachable research validating remote viewing (also known as clairvoyance, the sixth sense, and one of the many psychic abilities), telekinesis (influence of matter with the mind), and the dynamics associated with many of these experiences.

California Pacific Medical Center - The center has become a leading authority on holistic research, education, and integrative medicine. They have conducted extensive clinical trials especially validating the ability of remote healing (the ability to heal other from any distance using metaphysical techniques).

Weiss Institute - Dr. Brain Weiss, as founder of the institute, is a graduate of Columbia University and Yale Medical School, and is currently the Chairman Emeritus of Psychiatry at the Mount Sinai Medical Center in Miami. He is credited for his breakthroughs in past life research and therapies.

Rhine Research Center - Formally the Duke University Parapsychology lab, the Rhine Research Center carries on the legacy of the late Dr. Rhine, the original maverick of parapsychological research in the United States. Duke University, and now the Center, have been applying the scientific method of research with parapsychological phenomenon for almost a decade. Explore their body of research backing up abilities such as intuition and even out-of-body experiences (otherwise known as astral travel)

University of Virginia - Division of Perceptual Studies - The university has done an enormous amount of research on topics such as out-of-body experiences, intuition, near-death experiences, and past-lives. They have a wonderful resource guide for those wishing to explore scientific data pertaining to these subjects.

Society for Scientific Exploration - The society has founded in 1982 and consists of a team of scientist and scholars. They have done a great deal of examination into various categories of phenomena such as remote viewing, consciousness studies, and telekinesis (mind over mater).

Institute for Transpersonal Psychology - This graduate school has been on the forefront of consciousness research for over 20 years. They have set the standard for where personal growth is headed. The Institute is home to some of the leading authorities into consciousness exploration, such as Dr. Charles Tart (former researcher for the CIA funded project Stargate).

The Afterlife Experiments - This is the groundbreaking work of Dr. Schwartz, PhD, psychology and psychiatry professor at the University of Arizona. Much of Dr. Swartz's work centers around the ability of some people to communicate with individuals that are deceased. All of his experiments are monitored and conducted in controlled laboratory conditions.

Before You Go - Are You Ready to Create More Wealth - Joy - Loving Relationships?

Hi, it's Dale Sellers. Get powerful and proven methods to radically improve every area of your life - All For FREE