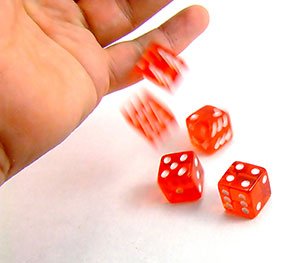 Don't just roll the dice when choosing a psychic. Look for signs of credibility like good psychic testimonials.

One of the best ways to determine a legitimate psychic from a scammer "posing to be a psychic" is by the psychic testimonials offered from that individual.

Real psychic testimonials make a solid statement right away – the client giving the testimonial was satisfied with the service enough to take the time to share with others how they felt about the experience.

In some situations, such as my personal testimonials from police officers, the client was even willing to take the risk of public scrutiny by sharing their story.

At the same time, when you see a psychic's advertisements that include testimonials, please realize that this isn't a sure sign of credibility. As a professional psychic myself, so many clients have shared their horror stories of being scammed by fake psychics. Clients have often said to me, "Well they had good testimonials, why did I get scammed?"

Then the client sends me a copy of the advertisement and I see the testimonials for myself. Right away, the lack of credibility in the testimonials is usually obvious to me. Here are just some of the examples of what I've seen:

"Lisa was accurate and helped bring my husband back"
- John, New Mexico"

"She is the most accurate psychic I've ever worked with. Don't waste your time with other psychics. She is the best and the only psychic you should ever call."
- Anonymous"

"He was very helpful at helping me with my business decision."
- Jasmine Smith

These examples don't offer proof of being real testimonials. They could have been easily fabricated by the so-call psychic. This is a common tactic of psychic scammers.

So just because testimonials exist, you still have to look for signs of truthfulness. In some cases, psychics don't have any testimonials to show. This is probably because they haven't been offered any from satisfied clients - because there aren't any satisfied clients. If there were, they would have surely been included in the advertising to show proof of psychic legitimacy.

What Are The Signs Of True Credibility?

When you are viewing an advertisement for a psychic, whether it's the testimonials or any other aspect of the advertisement, you have to look for signs of credibility. Look for clients that are willing to give their real names and the city and state of where they live. Even better - look for testimonials that indicate the specific company or organization the endorsee works for or is associated with.

For example, on my website, I give testimonials from police officers. The city, state, and law enforcement agency is specifically given. If you think about it for a moment, if these testimonials weren't real, I would have probably been arrested by now.

The same goes with testimonials from clients working for specific companies. If it's a legitimate organization and the testimonial is bogus, there would likely already have been lawsuits aimed at removing the false statements. These are the types of things that you have to watch out for.

Here's another thing - look for testimonials where the client is willing to give his/her picture to the psychic to be included with the testimonial. This level of openness from a client is usually a good sign that the client was truly moved by the experience with the psychic. It's a better way of determining that the testimonial isn't just some made up sales pitch put there by the so-called psychic.

The Straight Truth About Celebrity Testimonials

There is a trend of many psychics to put pictures in their advertisements of themselves standing next to a celebrity or other high profile person. Be careful about assuming that this means the famous person is a trusted client of the psychic – often they are not.

Some psychics, especially celebrity psychics, often get access to press shoots and parties where other celebrities tend to be. These things are often set up by smart publicists and agents. Pictures are taken for publicity, but this is no indication of a true testimonial. In these situations, always look for written testimonials that accompanies the pictures. This is a more reliable way of determining the truthfulness of these types of pictures.

While we are on the topic of celebrity psychics, I'd like to mention another thing to watch out for. While working closely with many of the top celebrity psychics, I experienced first-hand how the psychic industry works. What you will see are a lot are psychic networks who use celebrity psychics as a front for their marketing. In other words, you see a commercial or website brandishing a celebrity's pictures and/or personal message to you.

The real truth is that the psychic spokesperson usually has no connection with the actually psychics that you encounter when you call for a reading. The celebrity psychic is just renting his/her name to the company and maybe does a commercial from time to time. But the "so-called" psychics that you get are often unqualified and are hired for their ability to keep someone on the phone. It's not because their psychic ability was tested or personally endorsed by the psychic spokesperson.

So you have to pay attention to all of these things as you are making decisions. This is true whether you are trying to decide to stick with a psychic that you have relied on before, or if you are searching for a psychic for the first time. Looking out for signs of true credibility can help to save your finances, your emotional health, and you time.