Psychic Story # 1 (received from one of my clients) 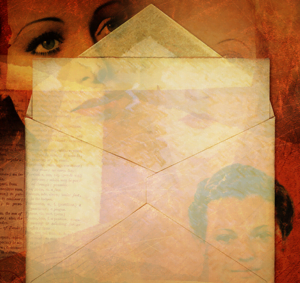 My boyfriend and I had recently broken up and I was all tore up about it. I just had this feeling inside like we were suppose to be together, like we were soul mates. I had seen a show on TV about how psychics are real so I decided to find one to help me with my problem. I just didn't know what else to do.

I got on the internet and did a Google search on psychics. I saw this one lady that was offering to reunite lovers back together. I was skeptical but I figured I would just see what it was about. I didn't believe it but it got my curiosity.

I went on her website and she had an offer for a free ten minute psychic reading. I thought "hey, what do I have to loose, it's free."

So I called and this lady answered. I don't know how she did it but when I started talking to her, she seemed to know what was going on in my life. She said I was having love problems and that I recently been hurt.

Everything she said seems to fit for my life. Then after talking to me for about 15 minutes, she said that she knew how to bring my boyfriend back to me. She could guarantee that she could do it within a week. She said she would have to work hard to do it but if she got started right away, she could make it happen.

She had been taught by her grandmother the art of removing bad karma that kept lovers apart. She said my boyfriend loved me deep inside and that if she could just remove the negative energy from him, that he would come back to me.

I didn't really have that much money but I believed her. She seemed so nice to me over the phone too. She told me how I could send her the money through Western Union and I did it reluctantly. Three days later she called me and said that it was a strong Karmic curse and that she needed to do more ritual work to remove the negative energy.

She told me that I needed to send her $1000 dollars and a piece of my clothing. She said she would send the money back to me after she did a clearing ritual on it. She even said that if I was skeptical, she would give my money back that I had already given her and we could just call the whole thing off.

I didn't know what to do. I felt like I couldn't talk to anyone about it because she told me that if I did, it would keep her spell work from working. She also told me to avoid any other psychics. So I got some money off of a credit card like she told me to and sent it to her thought Western Union again.

When I called back two days later, some man answered the phone and said that she doesn't live there anymore and not to call back. I felt so betrayed and like I had been so stupid to ever trust some stranger like this. I thought about calling the police but what would I tell them?

Psychic Story # 2 (received from one of my clients)

I got referred to this psychic by a friend. My friend said that he was endorsed by several local business owners and other people from my area. I got his phone number and gave him a call. I tried to ask him for a free sample but he just told me that if he wasn't accurate during a reading with me, that I wouldn't have to pay him. He didn't sound weird like a lot of psychics that you see on TV. He just seemed like a normal person.

I saw him two days later for a reading. He didn't ask me any questions or really chat with me at all. He started focusing in on my life and telling me that I had some decisions coming up in my career. He told me that I would probably be happiest if I went into some type of work where I travel a lot which is exactly what I was thinking about doing.

He then went on to talk about my ex boyfriend that I had just broken up a month ago. He didn't say his name, but he told me what he does for work and described what he looked like. He helped me understand why my ex-boyfriend treated me the way that he did. I knew he was accurate because I didn't give him any hints about my boyfriend or that I had broken up a while back.

I noticed that he never told me what I should do, he just outlined some of the different choices that I had in front of me. He gave me some future predictions but he told me they weren't guaranteed to happen. He helped me see that I really had a lot of control of what was going to happen in the future.

After it was over, I felt like he understood me more than anyone I've ever known. I still can't figure out how he could see all of those things about my life so clearly. I was very careful not to give anything away by it just didn't matter. It made me wonder more about life itself and what's possible.

I was also so relieved because he didn't try to give me a "aura cleansing" or "remove a curse" like my friend said this one lady fooled her into doing. He treated me professionally and friendly just like this doctor that I see every now and then.